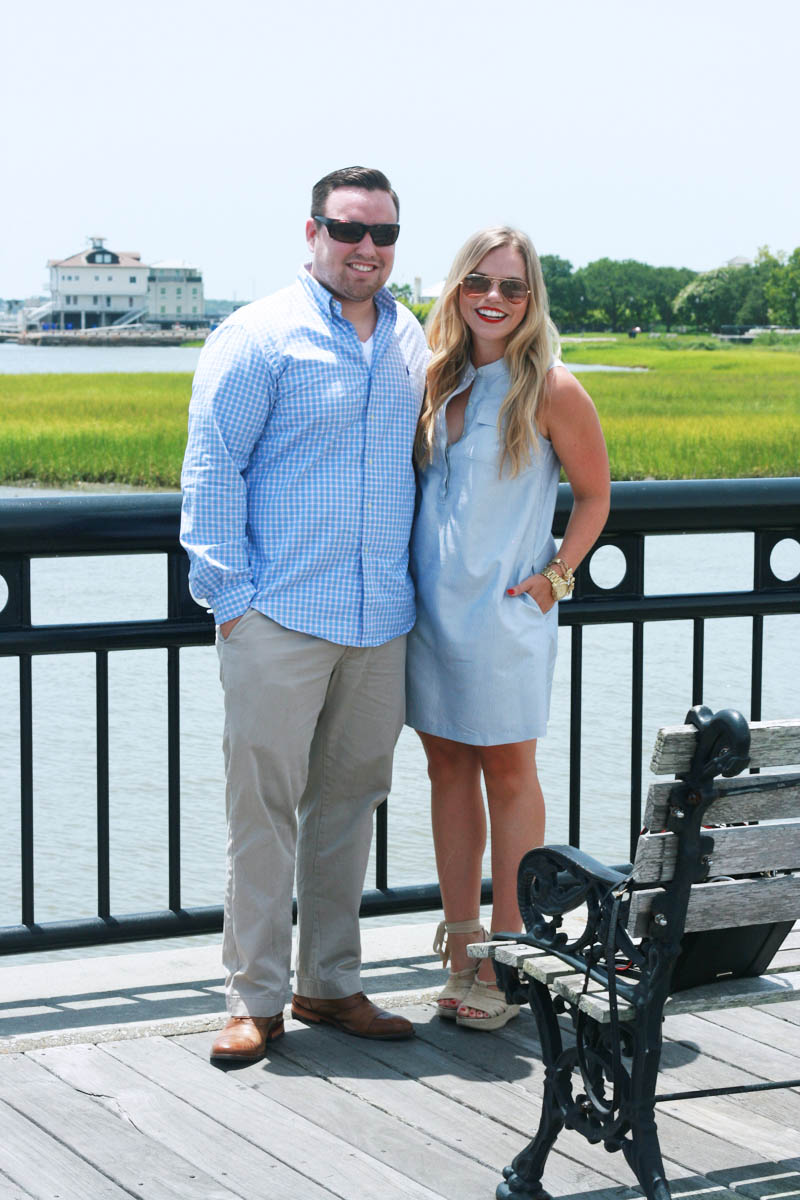 A year ago this past weekend {4th of July to be exact} I was celebrating my engagement to the love of my life – Sterling Chambless. Fast forward a year later {after the dust has settled a bit from wedding, honeymoon + moving}, I figure it’s about time I share the whole story with y’all!

We had been dating for over 9 years, so when we decided to book a 4th of July trip to Charleston {coming off the heels of SBSCon + #BloggersDoFolly for me}, I didn’t think there was anything out of the ordinary about it. Sterling’s Mom lives on Folly Beach, just outside Charleston proper, so we would generally visit a few times a year anyway. Don’t get me wrong, the thought crossed my mind {I mean, it had been NINE years people haha}, but was quickly defused when Sterling extended an invitation to his best friend ‘Butter’ {no that’s not his real name} + Ashley to ring in the holiday with us. I always imagined our engagement would be a private affair. Little did I know, this was an intentional move on my future Groom’s part to ‘throw me off the scent’. Oh how he knows me so well. 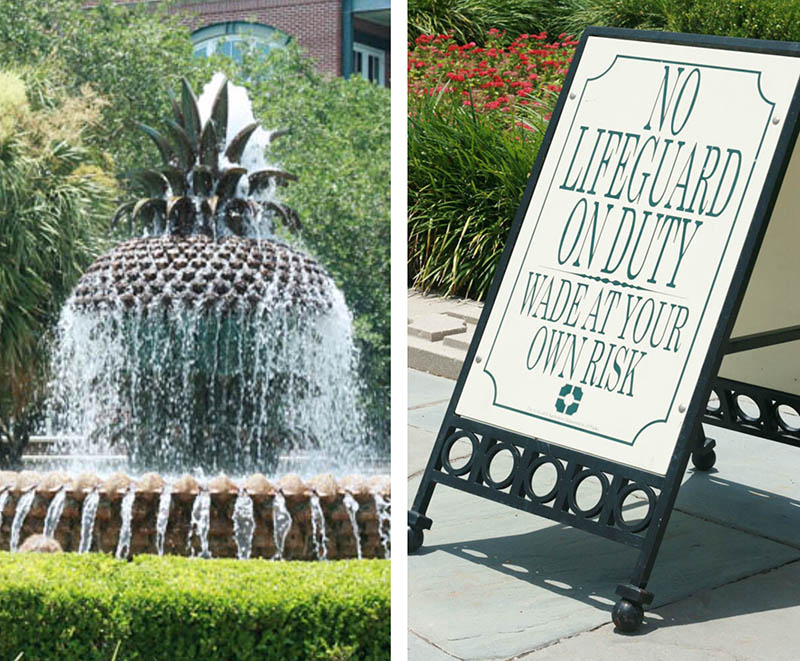 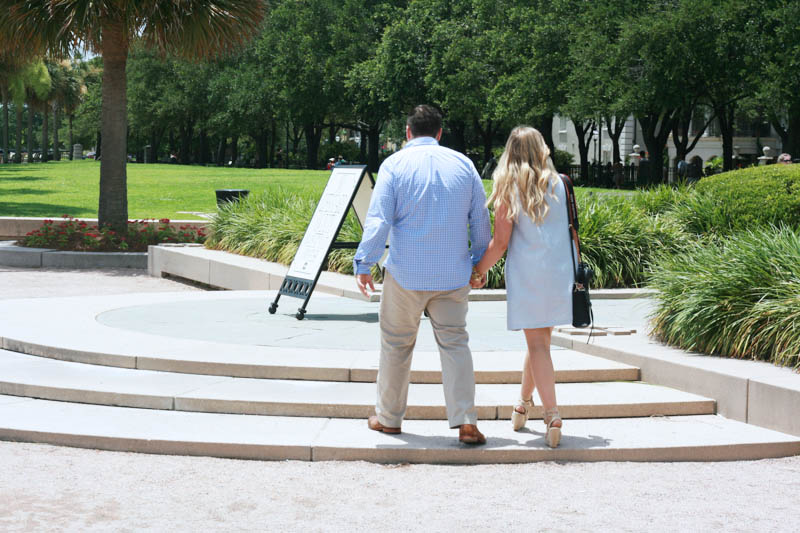 Of course I didn’t find this out until after the fact, but Sterling had actually planned the engagement to be July 2nd – had a surprise room booked, dinner reservations, let Ashley and Butter in on the whole plan, etc. And then the rain hit. Not just a little shower, these were more like jumbo droplets that wouldn’t let up the entire night. Me on the other hand, I’m like ‘What’s the big deal y’all?! Let’s just stay at the bar and have a few drinks!’ Meanwhile the other 3 are literally stalking doppler radar to find out if the storm would blow over. Sterling was not in the best spirits that evening after his plan was botched…poor guy.

The next day there was a wholeeeee discussion regarding what we were all going to do in celebration of 4th of July. I, of course, was insistent on just hanging on the beach all day – bbqing, soaking up the sun, not worrying about traffic, and making my flag cake {because it’s tradition, and we don’t mess with tradition!}. Completely throwing a wrench into Sterling’s plans basically. With 3 against 1, I was reluctant when they all told me we were going to explore Downtown Charleston for the day. NOT what I had expected for the trip, but hey – majority rules. Can you tell I was seriously being such a pain?! Such a brat, sheesh. I mean, let the man propose would ya?! 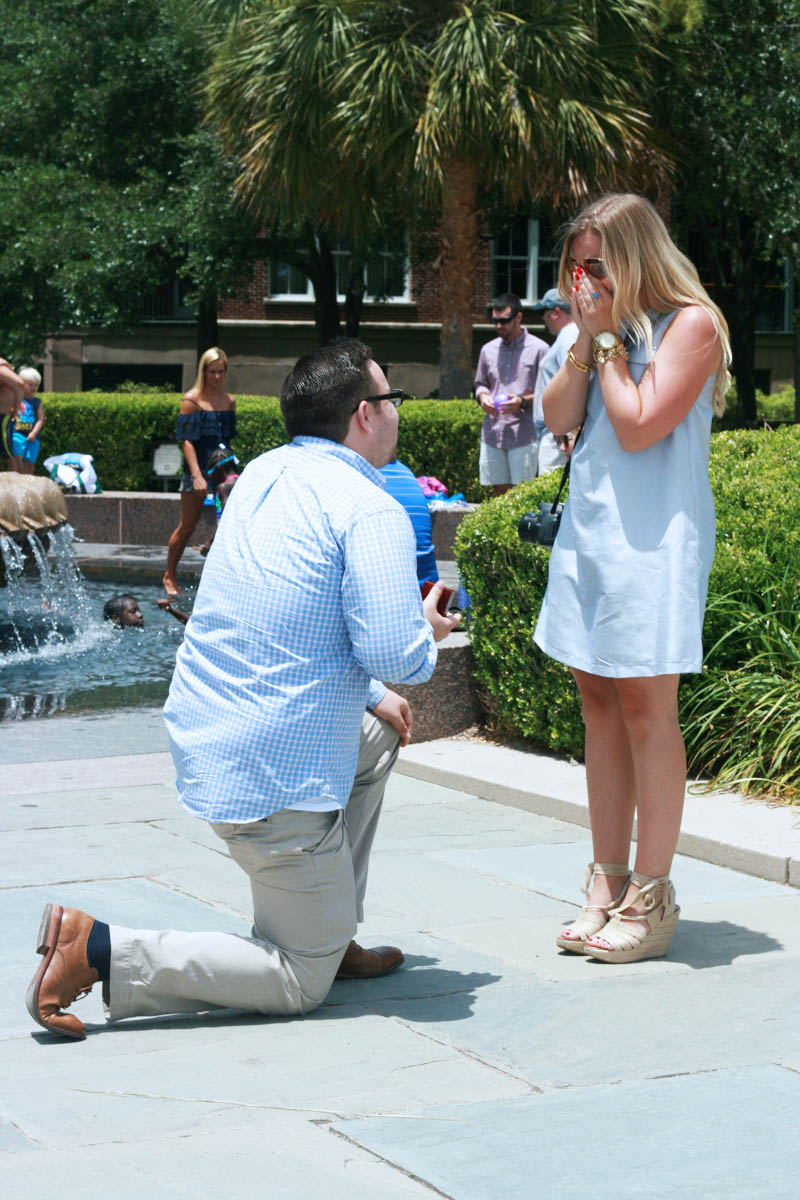 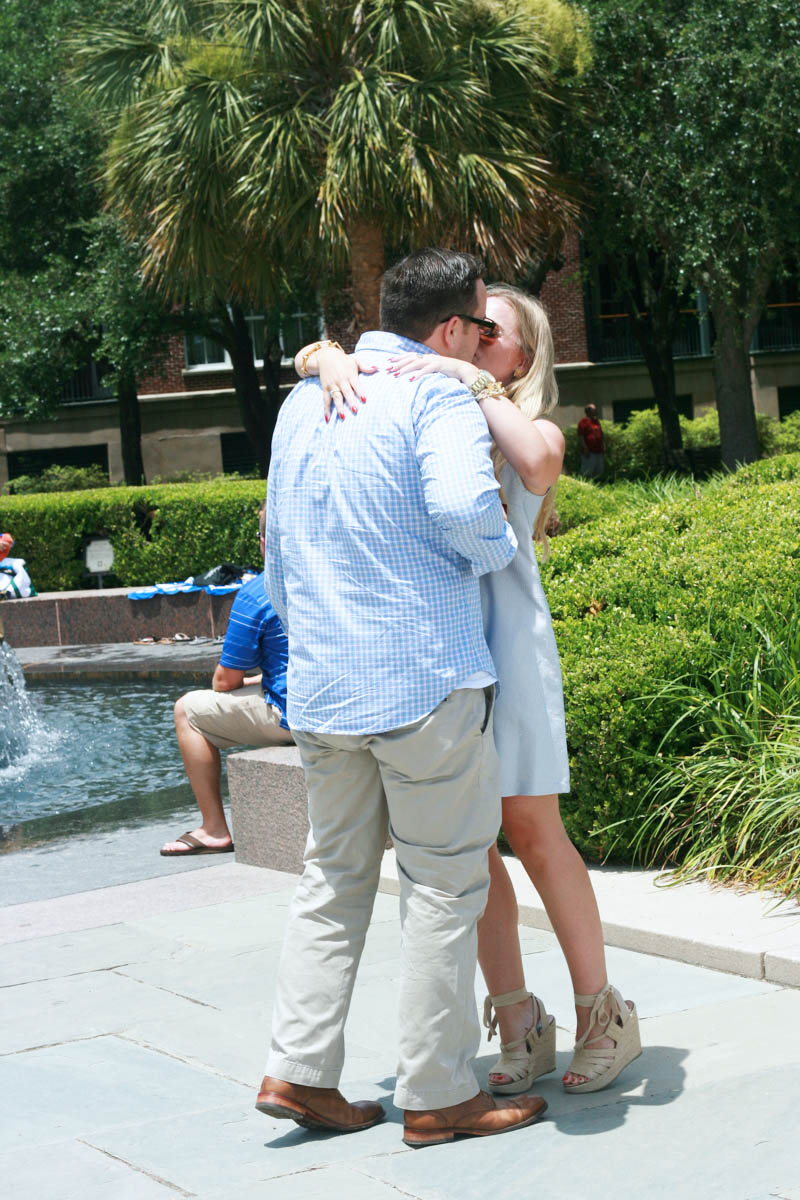 The morning of the 4th I was still a little peeved about us not following through on ‘standard 4th of July protocol’, but was appeased a bit when Sterling broke one of his secrets {more like throwing me a bone} and let me know he booked a room downtown for us that night so we could watch fireworks from the roof and not deal with beach traffic. Sold. At this point I’m on board with the plan, for now. THEN he tells me we’re going to walk the pier before lunch. I then argue it’s already 2PM and we should just bump the reservation up and go for a walk later….mind you, this is supposed to be the post-engagement celebratory lunch. Typical. Hahaha I can’t, I swear I’m not usually this obnoxious. And yet again, the 3 of them overrule – Ashley and Butter playing the whole ‘this is our first time in Charleston and we want to explore’ card. Smoke and mirrors, people.

We walked the Charleston pier, and over to the iconic Pineapple Fountain in Waterfront Park {all the while, Ashley is snapping away on her camera – nothing new or alarming for a blogger}. I swear I’m still completely oblivious about what’s about to happen, until the point where he leads into a speech about our lives, the years we’ve spent together, what Charleston means to us, etc. {personal mush + goosh} then drops to one knee, whips out this beautiful, shiny thing…the rest you know! #ISaidYes 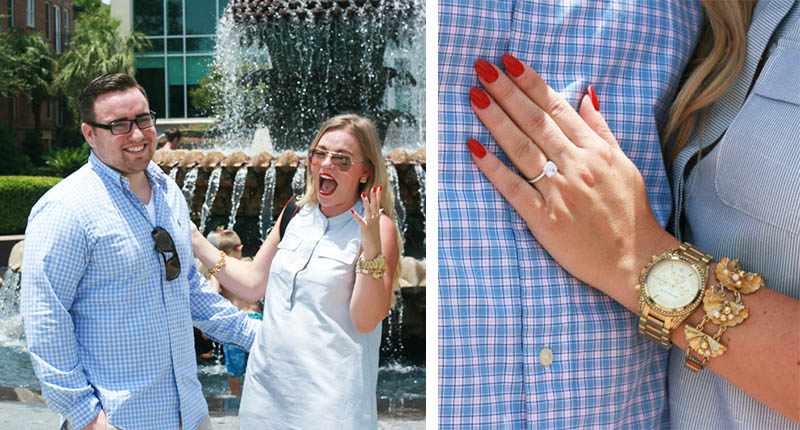 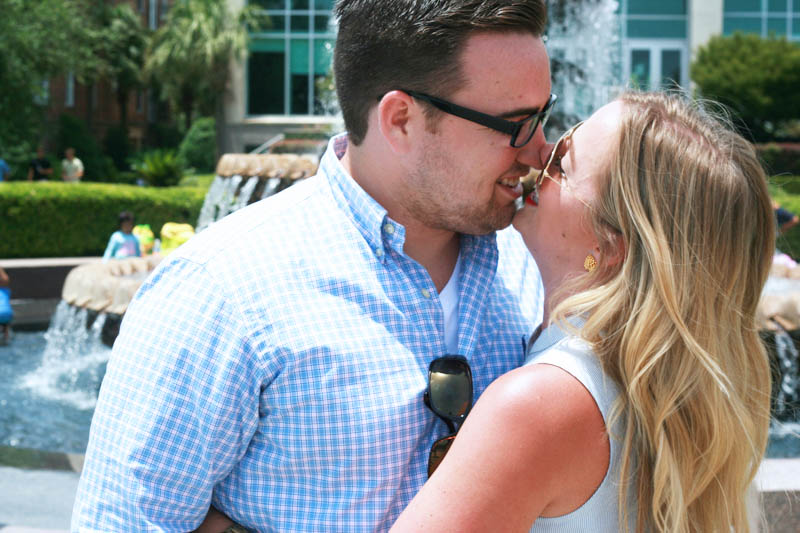 We proceeded to that 2PM lunch at 82 Queen {one of my all time Downtown favorites}, even though I think my hunger had subsided at that point with all the excitement. Calling all our family and close friends was a blur of sheer bliss, and we cheered to entering ‘engaged life’ with none other then Veuve and a couple of our closest friends beside us. It was a beautiful 4th of July, and further solidified Independence Day as my favorite holiday {ok ok, aside from Christmas – because common, you can’t compete with Christmas}!

Sorry that was a blog full! Haha, but hope y’all enjoyed hearing a little bit more about our engagement story! Would seriously love to hear {or read} some of your’s! Let me know your thoughts in the comments! xx

all photos by my amazing bestie Ashley of Side Smile Style

{nantucket blues} 💙 sneak peak at this island i

Have a question, comment or concern? Are you a brand or agency interested in partnering? COLOR by K manages all e-mails, negotiations and collaborations in house under the policy that each and every partnership deserves individualized attention and creative direction.
Email: Kristin@colorbyk.com

Add a pop of color to your inbox