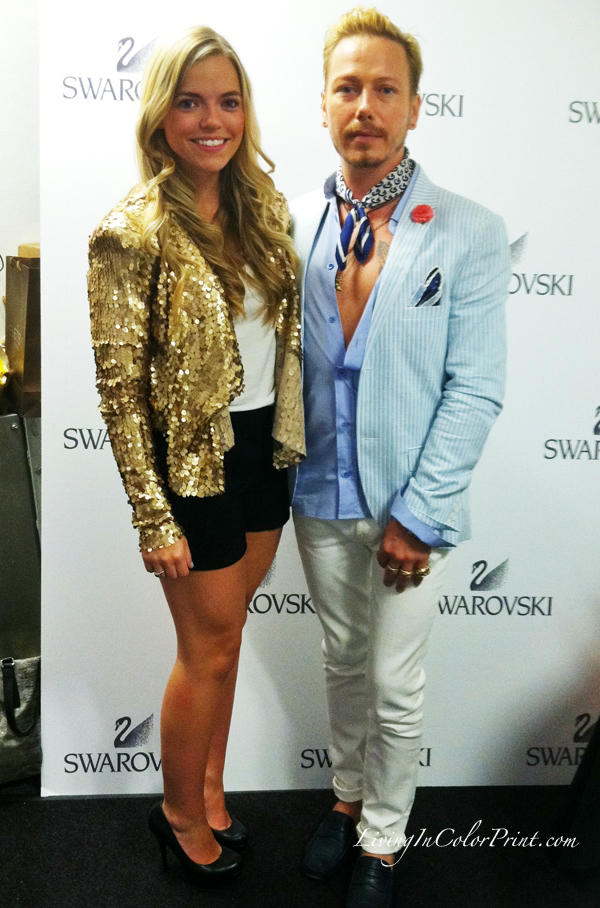 Last night I had the honor to not only attend the Swarovski premiere of the ‘Daman Chronicles’ {co-hosted by Ria Michelle: pictured below}, but also sit down and have a quick interview with Mr. Daman before his event debut about his experience styling one of the most popular television shows in America – we’re talking about GOSSIP GIRL here people! Eric Daman is the Emmy Award winning costume designer for Gossip Girl and is also working on the greatly anticipated launch of ‘The Carrie Diaires’ which documents the life of young Carrie Bradshaw. Half the fun of watching Gossip Girl is for the amazing fashion these girls flaunt each episode. So you can imagine my excitement to have the opportunity to learn how the mastermind behind these looks came from a rural town in Michigan to being one of the most sought after stylists in New York City.

I had two things to consider when picking out an outfit for this event: 1. It’s Swarovski and 2. It’s Gossip Girl! When I think of Swarovski I think of glistening jewels and glitz galore. And when I think about Gossip Girl…well we just won’t go there because there’s too much excitement to express in a sentence. The theme for the evening was to ‘Dress the part of your favorite Gossip Girl character’. I will say that I feel my personal style is possibly a bit more Blaire, however I have that whole blonde-hair-Serena thing going on, so naturally I went with the daring Serena for the night. 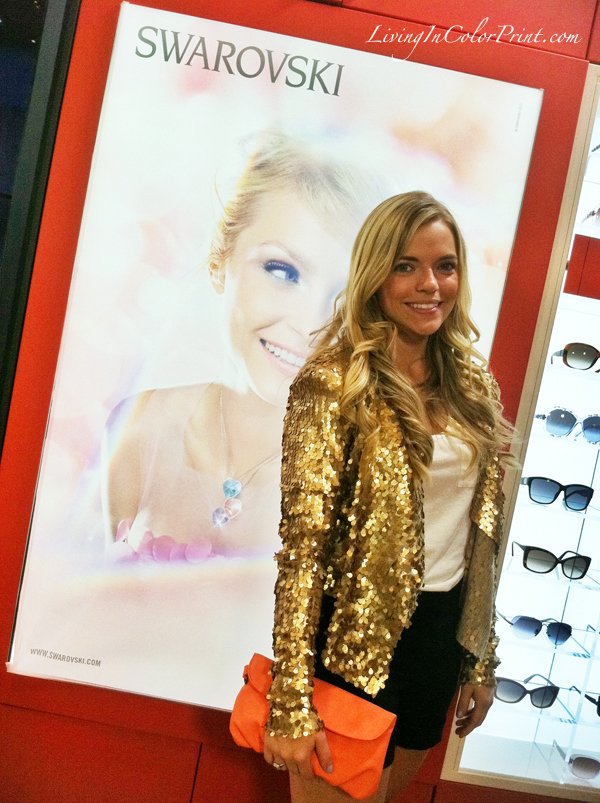 Serena van der Woodsen’s style has evolved while starring on Gossip Girl, but to me a couple things always stand out: how effortless her looks are pulled together while always adding a punch of something extra or unexpected {not to mention those flawless waves}. Therefore, I styled my simple high-waisted black shorts with a Victoria Secret PINK tank {does it get much simpler than that??} Then for the wow factor {and that little something extra} I topped it off with my beyond amazing wish-I-could-wear-everyday gold sequin cardi/blazer from Betsy Moss. You may have remembered when I bought it HERE. Paired with a classic black pump. Although this look definitely does NOT scream summer, I thought it was perfect for the occasion. 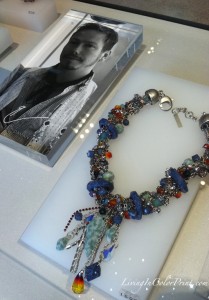 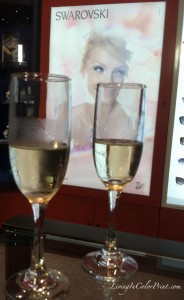 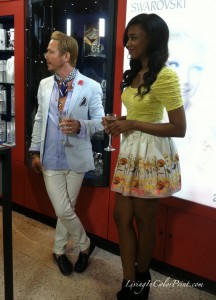 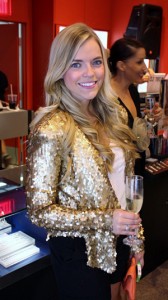 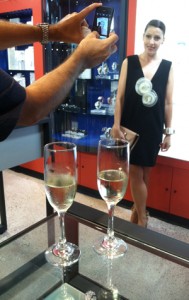 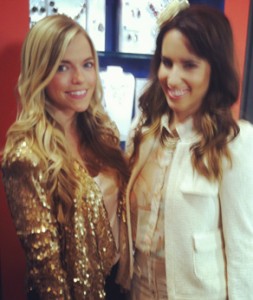 And now for my Q&A with the mastermind himself!

Q: Do you have a favorite character you enjoy styling for Gossip Girl?
A: I do get this question quite often and I do use the same answer quite often. It would be like picking your favorite child. I love them all, I really love them all so much. Since I’ve been with them since the beginning, I’ve watched them grow and I’ve grown with them. I really do appreciate each and every one of them, and they all have their own style, so it is lucky for me that no one really overlaps. Each person is so charismatic and so much fun to dress: you have Dan Humphrey to Serena to Blaire.

Last season I was lucky enough to have Liz Hurley on the show, who you know I have a bit of a crush on after working with her. She’s really fantastic and dressing her was a very different archetype that we were working with.

Q: Who or where do you gather inspiration from when styling the Upper East Siders of Gossip Girl?
A: I have to say New York City is really the most inspirational place for me. I walk out my door in the East Village and I walk to Thompson Square Park and I go to the Upper East Side and Upper West Side or anywhere in the city. There’s so much to look at between the architecture to people on the street, the kids, just everything you see. You can walk past a deli and you see this giant thing of all these beautiful flowers and you think all these colors look so amazing together!

Q: How did you get into working as a costume designer for Gossip Girl?
A: It’s actually a funny story. I studied French Literature in Paris and I was working in fashion {at this little boutique} at the same time. I was noticed by a scout for Steven Meisel and ended up modeling for him {in} several Calvin Klein campaigns. During that time modeling I got sucked into this amazing world of fashion and Steven was actually very supportive in saying that you should go into styling. I didn’t even know ‘Stylist’ was a job. I mean, back then, not to date myself, but I was like ‘Stylist…what’s that’?! Then I ended up styling and had a great run with it. One thing lead to another and I ended up working with Patricia Field and she asked me to come on as her assistant on Sex and the City, which I worked on for three seasons and won an Emmy. Then I decided to leave and kind of become my own man. I did a movie called ‘The Door in the Floor‘ and the producer was a producer on Gossip Girl and said Eric is perfect for {Gossip Girl} we need to bring him on.

Q: What advice would you give to young, aspiring designers that want to dress a celebrity on Gossip Girl or a similar show?
A: I really feel like people need to stay true to their dreams and seek it out. And put yourself out there again if it doesn’t work, and not getting beat down if something doesn’t work or someone says no the first time. I think a lot of people get discouraged because they’re so excited and they really want to do something and then someone says no. But you can’t take no for an answer. Take chances and put yourself out there to get to the next level.

Check out more pictures from the event on my FB Page

Have a question, comment or concern? Are you a brand or agency interested in partnering? COLOR by K manages all e-mails, negotiations and collaborations in house under the policy that each and every partnership deserves individualized attention and creative direction.
Email: Kristin@colorbyk.com

Add a pop of color to your inbox